ROCKY ELMORE is a retired United States Border Patrol Agent from Oklahoma City, Oklahoma. After engaging in a full career in the private sector, he joined the Border Patrol when he was 34 years old and served for the next 20 years. Rocky was assigned to Border Patrol stations in San Diego, Calif., Kingsville, Texas, and Tucson, Ariz. At the age of 54, he became a first-time father, at which time he decided to retire from duty and embark on his next adventure as an author.

Available for Interviews and Commentary

"NO OTHER BOOK OF ITS KIND ANYWHERE." 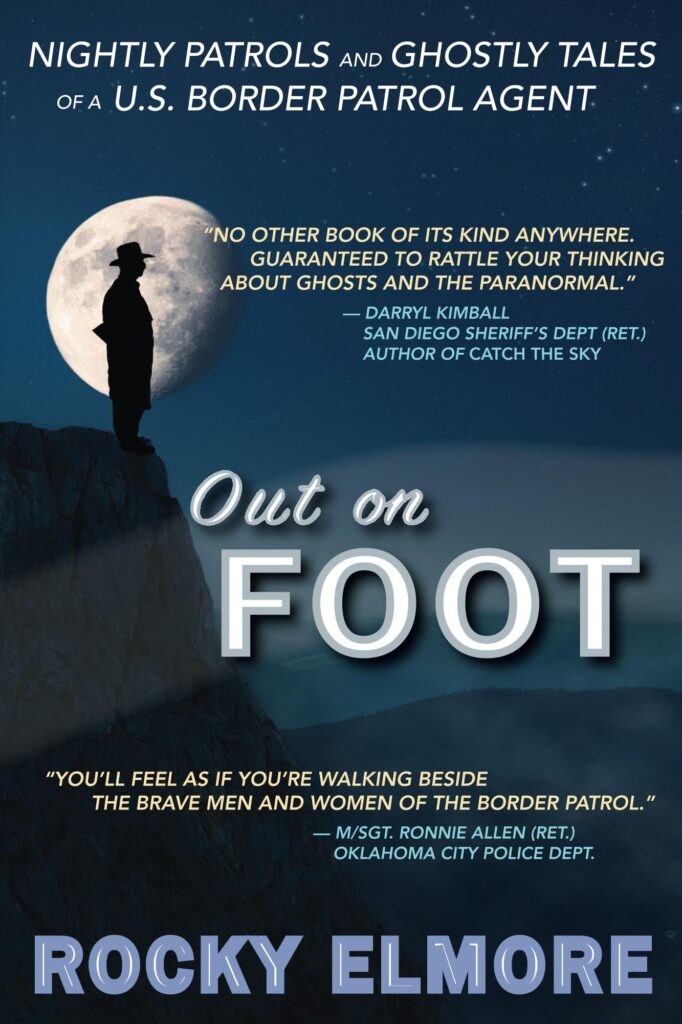 WHAT'S THE BOOK ABOUT?

When Rocky Elmore joined the United States Border Patrol, he knew it would be a journey fraught with danger. But little did he know that the very real trails he walked night after night would soon lead him into surreal encounters from a different dimension. This was never more evident than when the ghost of a recently fallen fellow agent began to appear on top of the cliff from which he died. It marked the beginning of the end to one of the most bizarre series of events in the history of the US Border Patrol.

This collection of true stories provides a rare look into law enforcement that includes not only the routine nightly patrols of the USBP but also actual paranormal activity as it happened to the agents in the field. Listeners will go on nightly patrols with the agents of the Brown Field Border Patrol Station, and will face their worst fears as they come face to face with smugglers, mountain lions, ghosts, and even a Sasquatch in this isolated no-man’s land. Out on Foot takes place in the mysterious Otay Mountains just east of San Diego, California. It is an emotional roller coaster ride that is not for the faint of heart.

Rave Reviews for OUT ON FOOT: NIGHTLY PATROLS AND GHOSTLY TALES OF A U.S. BORDER PATROL AGENT

No other book of its kind anywhere. Guaranteed to rattle your thinking about ghosts and the paranormal.

DARRYL KIMBALL, Author of Catch the Sky: The Adventures & Misadventures of a Police Helicopter Pilot

You'll feel as if you're walking beside the brave men and women of the Border Patrol.